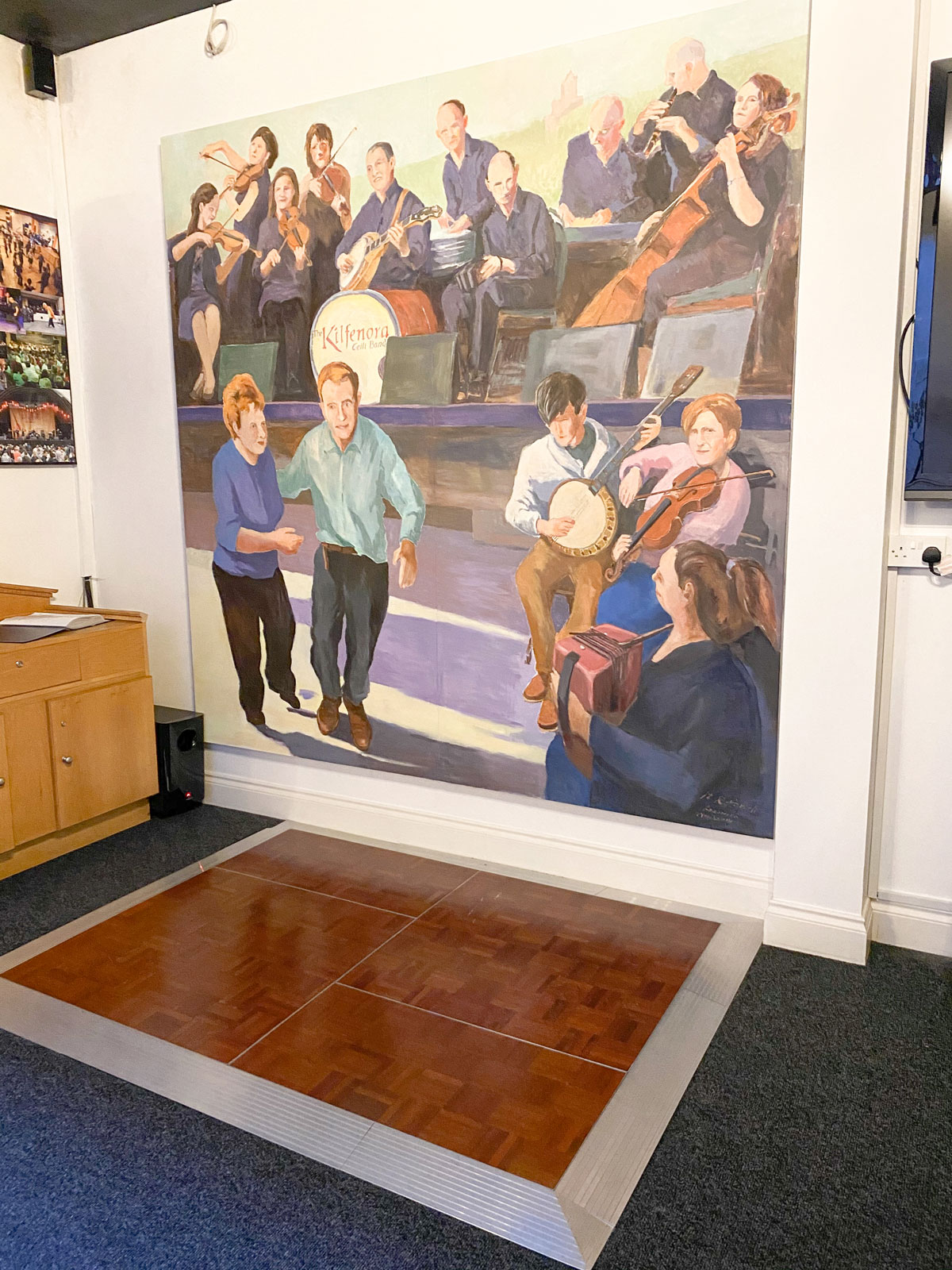 ‍The Kilfenora Céilí Band and 270 musicians played this selection of jigs together for over five and a half minutes in a successful attempt to break the world record for the largest Céilí band. The event was part of a traditional music weekend in Kilfenora, Co Clare. 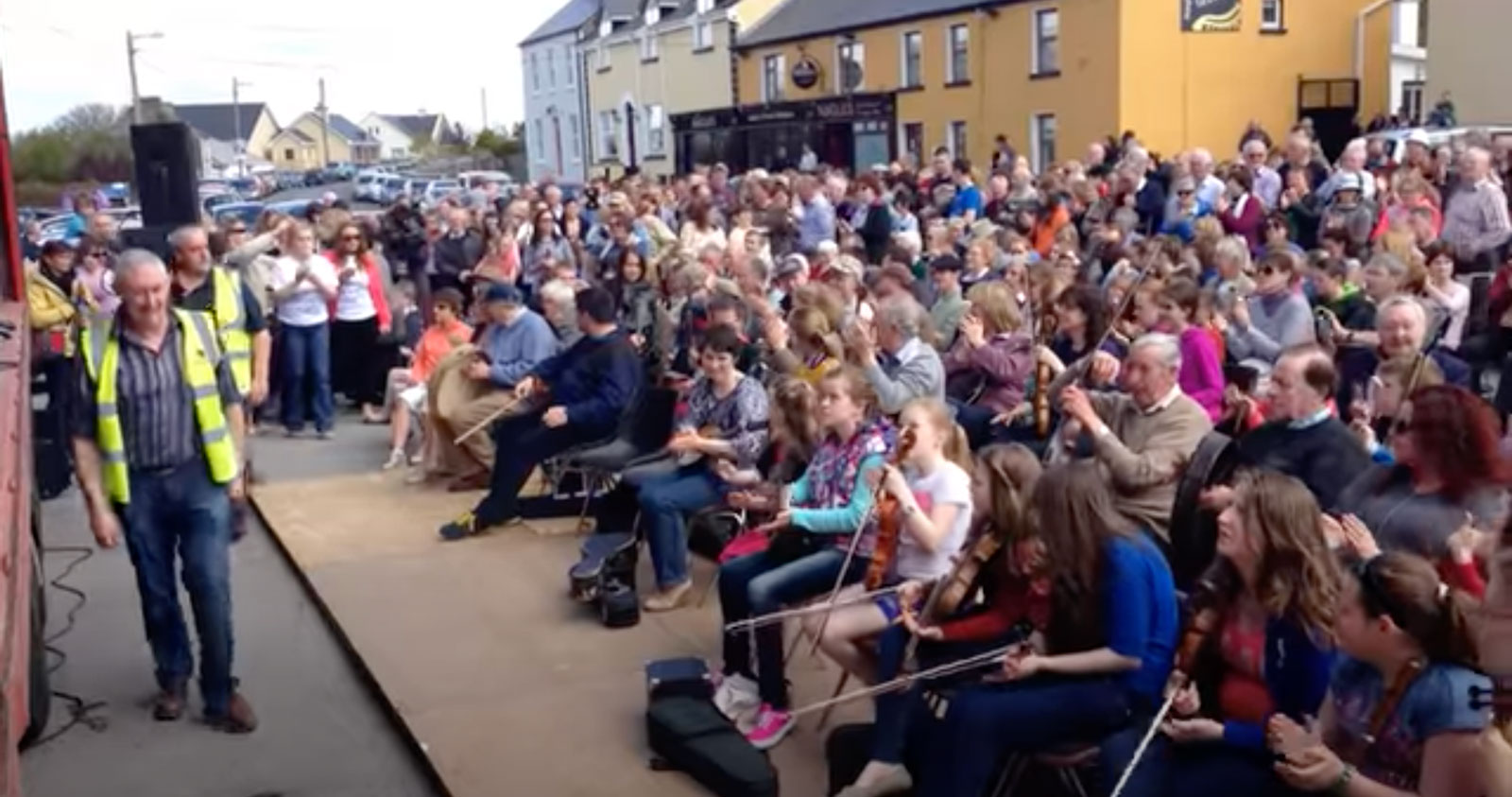 History of The Kilfenora Céilí Band

Kilfenora is a small agricultural village in the Burren, that unique rock-desert in the west of Ireland. It’s a quiet place with a reputation for small scale farming and Gaelic football and, in many ways, an unlikely setting for a musical saga. To generations of Irish traditional music devotees, the village is known as the birthplace and home of Kilfenora Céilí Band.

The Kilfenora Ceili Band at the Mansion House with Bridie Gallagher

Enduring many peaks and troughs since its formation in 1909, the group has almost died many times but rose phoenix-like from the ashes. This resilient group of musicians have managed, many times against the odds, to keep a culture not just alive – but alive and kicking. 2009, in particular, proved to be frenetic, what with an entire festival in their honour in March, the issuing of a new landmark album called Century, and numerous high profile events including their documentary on national television.

A visit to the Burren Centre gives you the insight, information and inspiration before any adventure to the Burren.

Get Your Exhibit Tickets Today!